The GFFO heads into OUTER SPACE for our next performance project!

After the fantastic WINGS performance by the GFFO last August, it's only fitting that they move into higher elevations beyond earth's realm. If Space truly is the final frontier, let's look at how early films approached this wonder of the imagination and how music became an important vehicle (or should I say "spaceship") to make dreams a reality.

Looking at the roots of space adventures, the GFFO will go to work reviving two classics to present to you in January.

Georges Méliès' A TRIP TO THE MOON 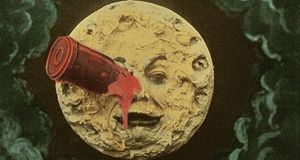 1912 is the year that French filmmaker Georges Méliès created his most iconic short movie depicting man's first visit to our moon. Remember, this is 1912 and what they knew about space travel was limited. The charm of the notion that a rocket ship could be loaded into a cannon, pointed, and shot into the sky sparked the world's imagination.

Who would be waiting to greet us on the moon? Would the moon people be friendly? The GFFO will attempt to answer these questions with a brand new LIVE musical score! 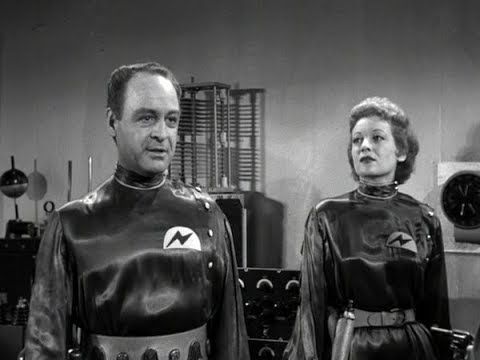 In 1957, with the same naive energy as Georges Méliès but none of the resources to make a serious cinematic effort, filmmaker Ed Wood set out to create a space sci-fi masterpiece filled with drama and edge-of-your-seat action. However, without the funding or the talent, his production faced impossible odds. The result was a hilarious comedy still enjoyed over half a century later.

Why did the space aliens, in flying saucers, come to earth to administer plan 9?

Why did such an advanced race fail with plans 1 through 8?

We may never know the answer, but we'll have lots of fun exploring this anti-classic.

The film will be presented in its rarely seen wide-screen format with a new LIVE score and a few surprises of our own!

Details:
Plan 9 from Outer Space - A Trip to the Moon